How to play:
First a player arranges his 13 cards like this 3 , 3 , 3 and 4
1.One player throws first 3 cards then the rest of the players throw their 3 cards being their higher value.
2.Then the winner takes those cards and throws his second highest card and again the same the winner takes all those cards if he has the highest value.
3.Then again the player throws his 3 cards and the same the winner takes it.
4.Then left is 4 cards those are then thrown by the winner who won the third time and rest throw and again the highest value card wins it all
5.The game goes on until a player reaches 1000 points individually.
Bug fixed 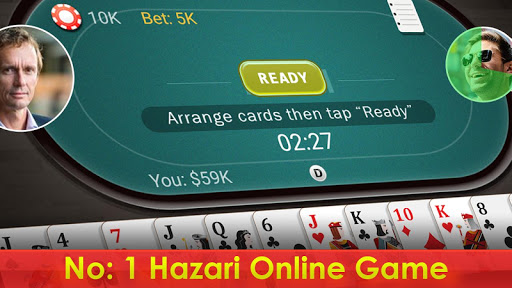 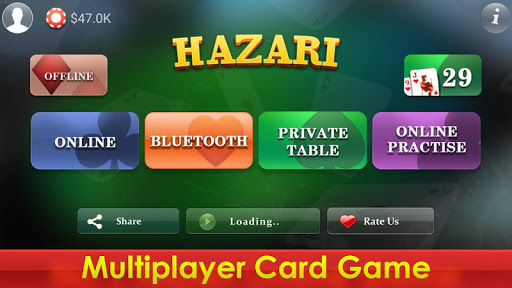